Plunging oil prices and stringent public spending have prompted the Saudi Government to reconsider its approach to addressing the shortage of affordable housing in the Kingdom.  With limited resources, public-private partnerships (PPPs) could provide a solution to satisfying housing demand and rising home ownership rates from 47% to 52% by 2020.

Benefits of the PPP model are manifold. Economies of scale associated with large-scale construction of housing units lower the average cost, making units more affordable. This would support the government’s plan to reduce housing units cost from 10 to 5 multiples of gross individual annual income. Moreover, experienced developers would be able to shorten construction timeframes keeping the quality of units consistent. As a consequence, the lengthy waiting list of Saudis who have qualified for a home under the current government scheme, currently reaching up to 18 years, would also shorten.

Although PPPs have been a regular feature in the media in 2016, they are still an emerging concept in Saudi. The Kingdom’s first PPP venture, the expansion of Prince Mohammed bin Abdulaziz Airport, only completed in 2015. To date, there have been no completed residential projects using a PPP model in the country. However, first steps have been made, like the recent MoUs with Turkey, South Korea and China, as well as with a number of local developers (including Emaar Middle East).  The most notable of these MoUs has so far been the launch of East Gate in 2016, a large-scale residential project consisting of 7,000 units in Eastern Riyadh. The project marks the first PPP executed by the Ministry of Housing.

There exists a strong appetite from investors, both locally and internationally, to enter or expand in the Saudi market. Saudi is the largest country of the Gulf Cooperation Council in terms of both population and economy. However, to encourage investors to convert interest into action, the government needs to create a PPP friendly environment that may be achieved through a number of actions.

First, licensing approval timelines should be reduced. The National Transformation Program 2020 already aims at reducing the time required to approve and license new residential real estate developments from 730 days to 60 days.  Second, connecting services such as water and electricity to master plans located further from the city centre should be done in a reasonable timeline. Third, labourers’ shortage in the market should be addressed, as this has resulted in the delay of many large-scale projects across the country over the last four years.

Most importantly, however, as with the introduction of any new models involving a number of parties, a legal and regulatory framework, needs to be developed. For this reason, the National Centre for Privatisation was formed late last year. The Centre specifically aims to develop, regulate, legislate and oversee the privatisation process of a number of public entities (including healthcare, education and airports) in line with the Saudi Vision 2030 and the National Transformation Program.

Although still at the early stages, the National Centre for Privatisation already announced 85 investment opportunities from 17 Saudi government entities, and there’s no doubt it will come as welcomed news to investors looking to enter the Saudi construction market. Having such a specialised regulatory body in place to manage PPP processes will also likely prevent red tape delays along the supply chain and overall project delivery.

Jamil has worked on Alfareeda & Almayaar residential communities, among other projects, and setting up development companies. Recently Jamil was instrumental in the identification and negotiation for large land purchase for a Saudi Bank & sale of residential compound both in Riyadh, KSA.

A Saudi national, Jamil holds BSc in Business Administration from the American Intercontinental University in Los Angeles anda MSC in Accountancy from California State University Fullerton. Mr Ghaznawi is a Certified Public Accountant (CPA) from the state of California.

Sharing key insights and presenting on March 27th, Jamil will be on site at The Big 5 Saudi, representing JLL in leading their workshop entitled: Spotlight on the macroeconomics of Saudi’s construction industry. 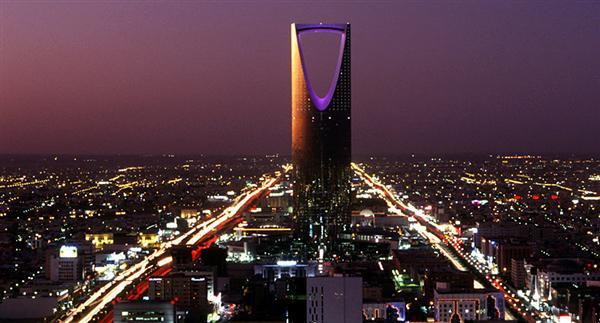