Skip to Content
Browse categories
FM Expo Saudi & Saudi Clean Expo HVAC R Expo Saudi Stone & Surface Saudi Arabia The Big 5 Saudi
Tuesday, February 14, 2017 — Saudi Arabia’s construction market has the potential to pick up in the latter half of 2017. According to the BNC Industry report commissioned by The Big 5 Saudi, Saudi’s premier trade event for construction professionals, active projects have a combined estimated value of over USD $700 billion in the Kingdom. The Saudi government is also expected to spend approximately USD $30 billion on construction in 2017.

Taking an in-depth look at what is revolving currently in the Saudi market, the main growth is witnessed in the urban construction and transport sectors which constitute approximately 68% of the total projects’ value in the country. When looking at this in dollar terms, the urban construction investments are worth approximately USD $342.4 billion and constitute almost 50% of all projects’ value.

According to the National Director and Country Head Kingdom of Saudi Arabia at JLL (Jones Lang LaSalle), Jamil Hassan Ghaznawi, “The construction industry received some positive news this year when the 2017 budget was announced. Planned State spending on infrastructure more than doubled in 2017 to just over SAR 52 billion, compared to approximately SAR 24 billion in 2016.”

The newly proposed “White Land Tax” is also looking to help elevate the public housing shortage that has been a main topic lately. Ghaznawi, who will be speaking at The Big 5 Saudi 2017 on March 27th on the macroeconomics of Saudi’s construction industry, added that “One of the main goals of the White Land Tax is to increase the supply of available, developable land in the market. This is expected to add downward pressure on land prices thus decreasing the cost of development. By doing so, developers will be able to target a larger segment of the home buyer market who cannot afford current unit prices, making projects more feasible.”

With the construction market supporting many of the Saudi Vision 2030 initiatives for stimulating growth in the non-oil sector, The Big 5 Saudi 2017 is expected to attract thousands of industry players from around the world to gain a share of the Kingdom’s lucrative construction sector. From 27 to 30 March 2017 at the Jeddah Centre for Forums & Events, Saudi Arabia's largest and fastest growing construction show, will host over 500 exhibitors from 20+ countries.

“With several high-value projects in the pipeline, the 7th edition of The Big 5 Saudi will be an unmissable platform for all construction industry professionals to do business, network and source thousands of innovative products and solutions for the built environment,” Nathan Waugh, dmg events’ Portfolio Event Director, said.

Alongside the exhibition, The Big 5 Saudi 2017 will offer 25 free to attend and CPD (Continuous Professional Development) - certified workshops, to help industry professionals develop their skills and knowledge. Delivered by industry experts, this year’s sessions will focus on Project Management, Innovation & Technology, and Sustainability.

In 2016, The Big 5 Saudi welcomed an impressive 14,985 unique visitors, totaling over 21,138 participants from 34 countries, with 3,000+ products on display. Organised by dmg events Middle East, Asia & Africa, the event is free to attend and open to adult industry professionals only.

To know more about the free to attend Big 5 Saudi, visit: www.thebig5saudi.com. 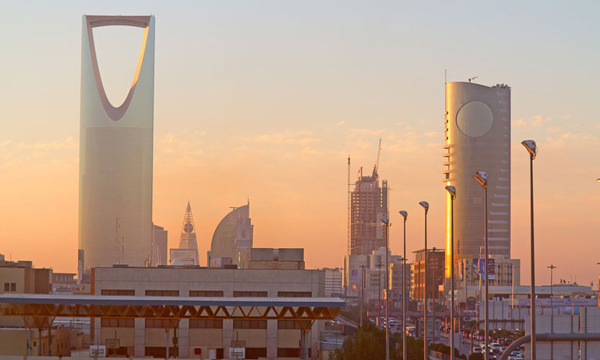