Skip to Content
Monday, March 6, 2017 — Numerous high value projects that are on-going within the Saudi Kingdom are drawing much attention for both the scope of design and value. According to a BNC Report on Ongoing Mega Projects commissioned by The Big 5 Saudi 2017, Saudi’s top 10 construction projects are worth a collective US$92 Billion. Religious facilities, entertainment venues, and new housing developments are all part of the mega projects that are getting international attention and driving the construction market forward in 2017.

Taking an in-depth look at what is revolving currently in the Saudi market, the urban construction and transport sectors constitute approximately 68% of the total projects’ value in the country, estimated at US$ 700 Billion.

Slated to open with much anticipation is the Kingdom Tower, located in Jeddah. Standing at 1 km high, the tower will comprise of 252 floors and will have a gross floor area of 245,000 square meters. It will include offices, a 200-room Four Seasons Hotel, 121 serviced apartments and 360 residential apartments. It will also have several sky lobbies and the world's highest observation floors located on the top floors, at 660 meters high, enabling visitors to view the city of Jeddah.  The project is valued US$1.8 Billion and due for completion by March 2020.

Located in the most iconic city within the Kingdom, Makkah, is home to two of the most talked about developments. Consisting of 12 towers standing between 30 to 40 floors sitting on top of a large podium and three basement floors, the Abraj Kudai Development will have approximately 10,150 residential units and hotel rooms. The podium will have a bus station, a shopping mall, restaurants, food courts, a conference center and car parks. The project, developed by the Ministry of Finance is valued US$ 3.5 Billion and due for completion by the end of 2017.

To be completed by May 2019, the US$ 17.2 Billion expansion plans of the Holy Haram Mosque will cover an area of 456,000 square meters to accommodate the 1.2 million worshippers who visit the Holy site every year. Developments by the Ministry of Municipalities & Rural Affairs are scheduled in three main sections: new buildings, courtyards, and tunnels. Tunnels will run a total length of 1,200 meters through Jabal Hindi, countering a second tunnel which will be 1,100 meters in length and will pass through Jabal Madafie. An added complex consisting of a library will be included in the expansion.

One of Saudi’s most iconic landmarks, the Prophets Mosque in Media will see an expansion as well. Undergoing a US$ 6.7 Billion expansion, with completion estimated by the end of 2017, the project will be spread over an area of 1,020,500 square meters. The building itself will have an occupying area of 614,800 square meters.

Moving towards the capital in Riyadh, four high profile projects are also underway.  An initiative put forth by the Ministry of Housing, the Dahiyat Al Fursan development will create 100,000 houses and other infrastructure works in the capital. The project will include construction of apartments, townhouses, education buildings, commercial buildings, and research & development centers. Topping out at US$ 20 Billion, Dahiyat Al Fursan developments are expected to be completed by March 2020.

Hoping to be a new entertainment venue and shopping destination, Mall of Saudi developers Majid Al Futtaim Group have big plans for the proposed US$ 3.2 Billion Shopping paradise. Spread over an area of 866,000 square meters including indoor snow parks and 300,000 square meters of shops, restaurants, entertainment areas, residential units, offices, show rooms space, luxury hotels, and serviced apartment buildings, the Mall of Saudi is expected to open its doors in March 2022.

Joining the retail landscape, The Avenues, will be a project involves construction of a 1.7 million square meter shopping mall. Developed by Shumool Real Estate, the US$ 1.9 Billion worth Avenues retail facility will also include 2 residential towers, 2 hotel towers, a medical tower and office units.

Looking to ease traffic congestions, the Riyadh Metro project boast an amazing 176 kilometer long, 6 line metro railway system is currently being constructed in the capital Riyadh. With 81 stations along its route, the 6 line system will span across the surrounding regions and integrate many neighborhoods. Valued at US$ 24.3 Billion its completion date is set for December 2020.

Industrial developments are also making their mark as contenders for mega projects within Saudi. Developers representing Saudi Aramco have set an ambitious completion date for later this year on November 30th, 2017 for its new Oil & Gas Processing Facility, the Jazan Oil Refinery located in Jazan Economic City. Once finished, the US$ 7 Billion facility will have the capacity to extract up to 400,000 barrels per day of crude oil and 75,000 barrels of gasoline.

Heading towards the eastern provinces, Saudi Aramco unveiled and set in motion another Oil & Gas Processing Facility, the Fadhili Gas Plant. Valued at US$ 6.6 Billion with completion due in December 2018. The gas plant will have a capacity of 15 billion standard cubic feet per day (BSCFD) of non-associated gas. It will also include the onshore Khursaniyah upstream facility, the Fadhili downstream pipelines, a residential camp, a 380 KV substation and industrial support facilities at the new gas plant.

Construction industry professionals will be able to explore these and other business opportunities at The Big 5 Saudi 2017 taking place from 27-30 March at the Jeddah Centre for Forums & Events. Gathering thousands of manufacturers and buyers of construction products and solutions for the built environment, the event will host over 500+ exhibitors from more than 20 countries.

Looking to expand further into the booming market and participating at this year’s The Big 5 Saudi, Head of Sales at Coote Engineering, Tony McArdle, said, “Coote Engineering has enjoyed a long and mutually beneficial relationship with the Saudi market. Our many customers in the Kingdom insist on the innovative and robust machines that produce a premium end product.”

More than just an exhibition, The Big 5 Saudi 2017 will offer 48 free to attend and CPD (Continuous Professional Development) - certified workshops, to help industry professionals develop their skills and knowledge. Delivered by industry experts, this year’s sessions will focus on Project Management, Innovation & Technology, and Sustainability.

In 2016, The Big 5 Saudi welcomed an impressive 14,985 unique visitors, totaling over 21,138 participants from 34 countries, with 3,000+ products on display. Organized by dmg events Middle East, Asia & Africa, the event is free to attend and open to adult industry professionals only.

To know more about the free to attend Big 5 Saudi, visit: www.thebig5saudi.com. 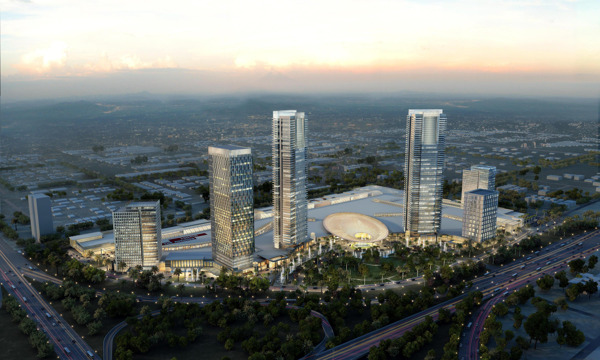